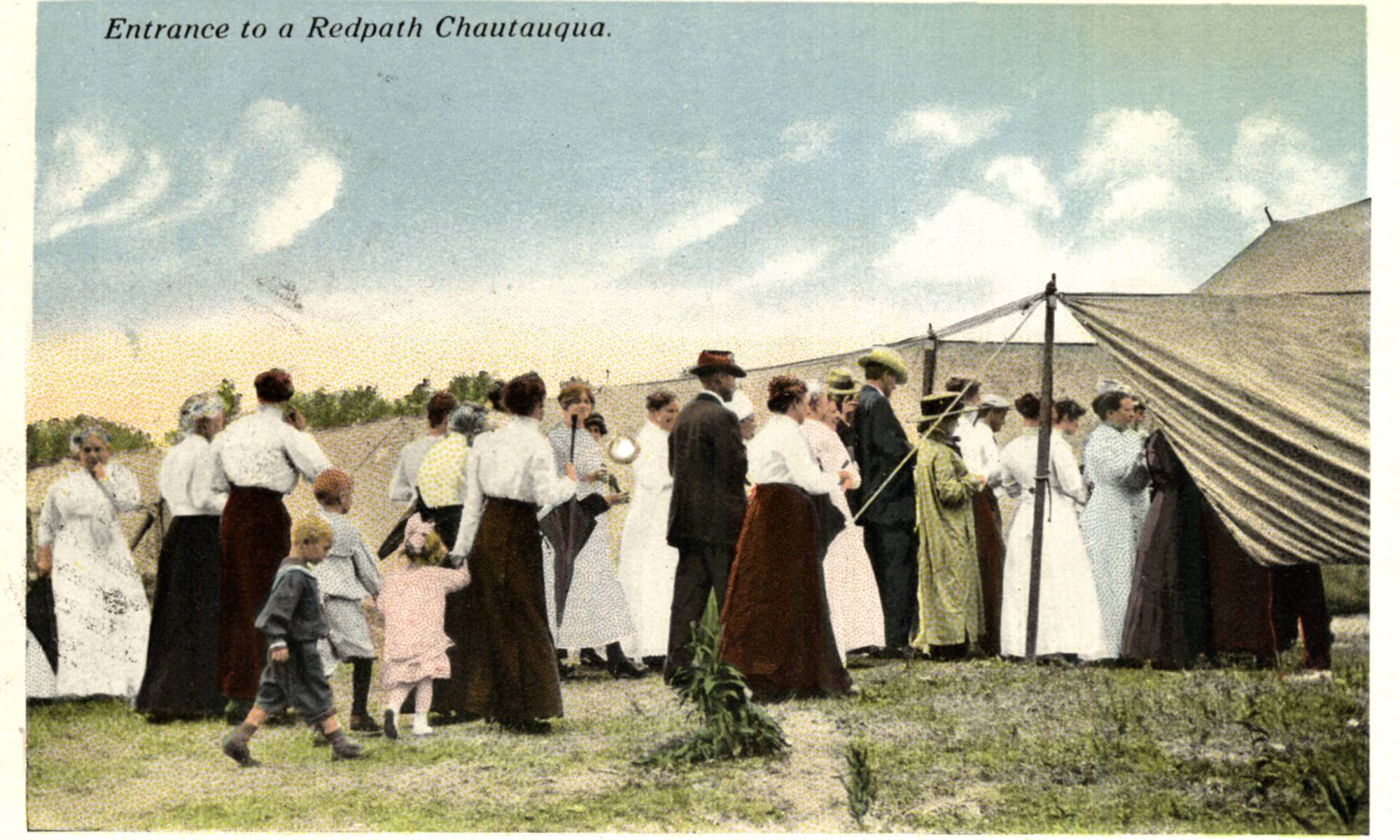 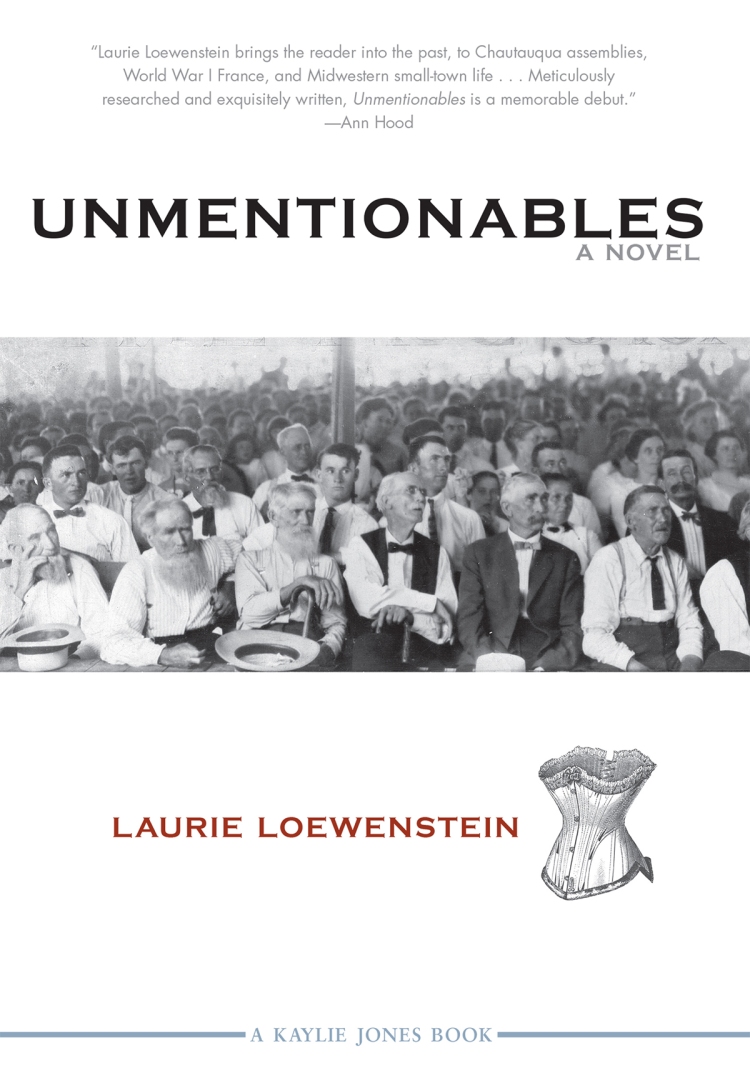 Marian Elliott Adams, an outspoken advocate for sensible undergarments for women, sweeps onto the Chautauqua stage under a brown canvas tent on a sweltering August night in 1917, and shocks the gathered town of Emporia with her speech: How can women compete with men in the work place and in life if they are confined by their undergarments? The crowd is further appalled when Marian falls off the stage, spraining her ankle, and is forced to remain among them for a week.  As the days pass, she throws into turmoil the town’s unspoken rules governing social order, women and Negroes.

The recently widowed newspaper editor Deuce Garland, his lapels glittering with fraternal pins, has always been a community booster. His desire to conform is rooted in a legacy of shame – his great-grandfather married a black woman, and the town will never let Deuce forget it – especially not his father-in-law, the owner of the newspaper and Deuce’s boss. Deuce and his father-in-law are already at odds, since the old man refuses to allow Deuce’s stepdaughter, Helen, to go to Chicago to fight for women’s suffrage.

Marian’s arrival shatters Deuce’s notion of what is acceptable, versus what is right, and Deuce falls wildly in love with the tall activist from New York. Their nascent love affair upsets Deuce’s longtime friend, Tula Lake, his spinster neighbor who has been waiting for her chance at Deuce for twenty years. During Marian’s stay in Emporia, Marian pushes Deuce to become a greater, braver, and more dynamic man than he ever imagined was possible. He takes a stand against his father-in-law by helping Helen escape to Chicago; and publishes an article exposing the county’s oldest farm family as the source of a recent typhoid outbreak, risking his livelihood and reputation.

Marian’s journey takes her from Emporia, to other isolated towns and, eventually, to the frozen mud of France’s Picardy region. Here, just beyond the front lines, she helps destitute villagers as the Great War rages on. Helen, in Chicago, is hired as a streetcar conductor surrounded by bitter men who resent her taking a man’s job. Deuce struggles to make a living and find his place in Emporia’s wider community after losing the newspaper.  And Tula, who was prepared to live the rest of her life alone, finds romance with a widowed photographer who has three small children.

Marian is a powerful catalyst that forces 19th century Emporia into the 20th century; but while she agitates for enlightenment and justice, she has little time to consider her own motives and her extreme loneliness. Marian, in the end, must decide if she has the courage to face small-town life, and be known, or continue to be a stranger always passing through.